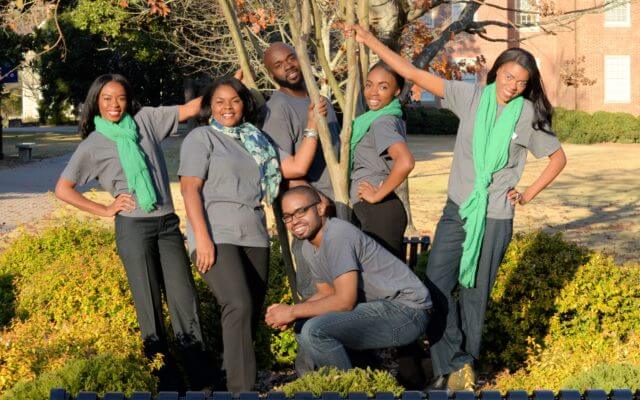 How does The Produce Box ensure members receive quality, local produce in an efficient and timely manner? There are dozens of wonderful people behind the scenes making all that happen.

One of those amazing staff members is Vivian Weaver. At The Produce Box, she packs and inspects boxes before they are delivered to The Produce Box members.

Not only does she work for The Produce Box, she also runs a nonprofit called the Temple Vitality Foundation for mental illness. Additionally, Vivian owns and operates a clean business and VNT Wellness, which customizes individual meal plans to minimize health challenges.

When the COVID pandemic hit, there were many people who became members at The Produce Box so they could have produce delivered safely to their doorstep while also supporting local farmers. To meet demand, The Produce Box needed additional staff, and Vivian joined the company.

According to Vivian, she smiles when she looks around The Produce Box warehouse and sees people working hard to help meet other’s needs. Vivian said that everyone she has encountered puts love and effort into their job. In addition, Vivian is thankful for what The Produce Box gives back to the community. The produce the company donates has helped hundreds of people, and allowed organizations like the Temple Vitality Foundation to provide nutrition for so many while allowing funds normally spent on produce to be invested in other areas.

Vivian and the entire staff hope you enjoy your Produce Box this week.